This week has been a week where I've been playing some games in between doing some graphics work as a little treat for getting stuff finished and sent off. But somehow I still end up managing to fix / work around a problem with one of my consoles.

The start of last week I traded in a few old un-played xbox 360 games at CEX and picked up Dead Space 3 for the 360. I really really loved the first game and the second game was great too but it took me ages playing it in sections as I tend to play now. The xbox 360 is in the living room and seen's its the shared room I can't really hog it by playing games when my wife wants to watch a tv show or something. Its a bit anti-social especially as she hates scary stuff and Dead Space's are horror games haha. So I've started that anyway as I want to finish the series. I've heard its not as good as the other two games and the Co-op element put me off when it originally came out but for £6 I think its worth a punt to round the games series off as I really liked the story.

Also at the end of the week I got back into listening to the Retro Beats podcast on youtube by Derek Alexander, also known as The Happy Video Game Nerd. I really like his web shows and I've always loved the NES game episodes. 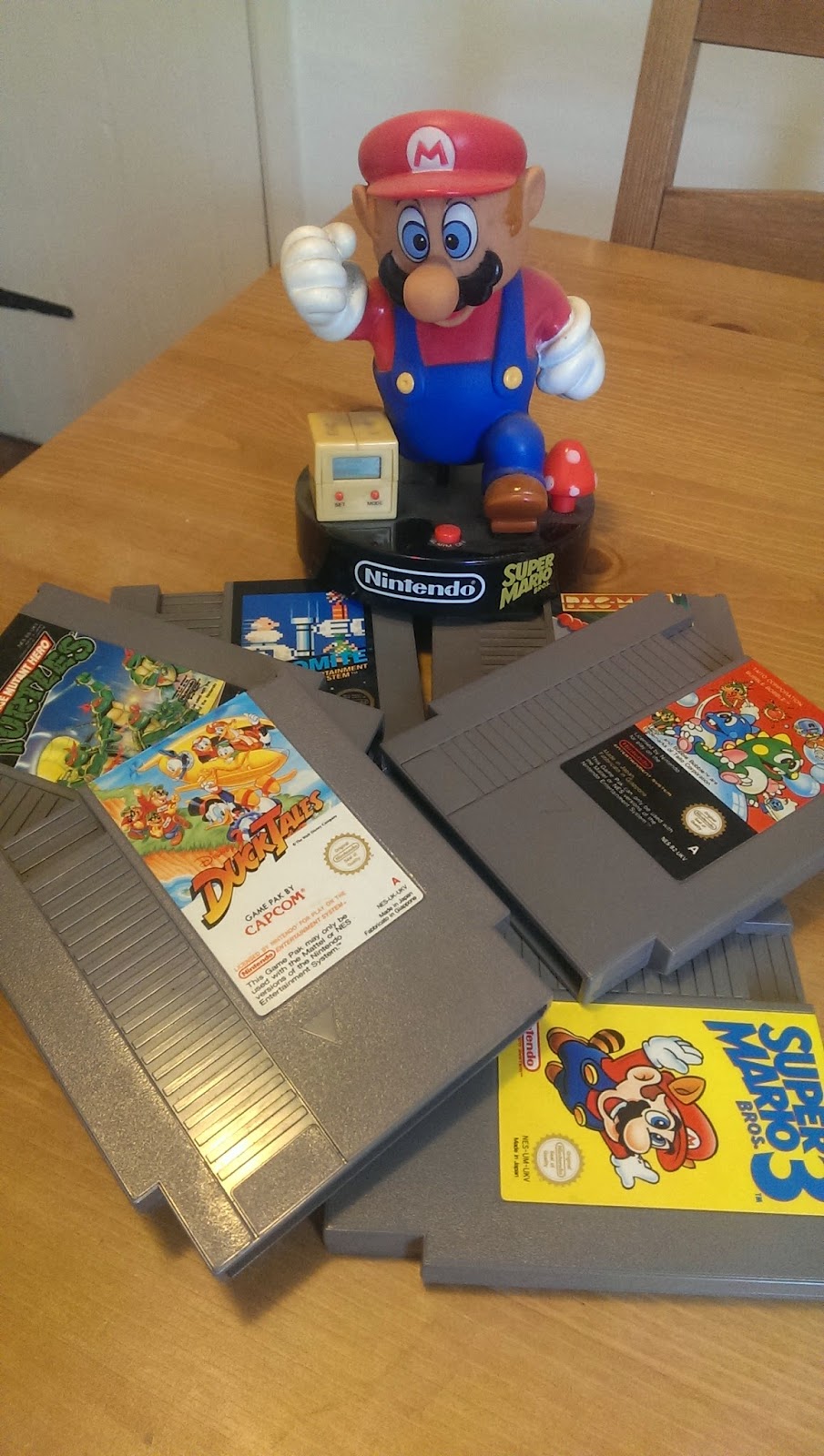 The Nintendo NES has always been a console I only ever played in snatches when I went to Comet in my home town. Comet was a national home appliance chain store and the one in my area, back when I was a little kid they had NES's and when they came out SNES's that you could play on until the store workers came around and moved you on. It was a try before you buy type of thing except I could never buy as I was too young haha. So I played the Teenage Mutant Hero Turtles game on there as well as Mario and I think Castlevania. But in tiny tiny goes so I never ever got very far. I always loved it though.

When I was growing up I basically went through the Sega consoles so I missed the Nintendo side of things until my mate gave me his childhood NES as he was moving away at the start of this year. I couldn't believe it!! :D

Unfortunetly a few years of inactivity had some how bought upon the dreaded flashing red LED of Doom! So back then I bought a new 72 pin edge connector and replaced the old one and it worked. While I was at it I disabled the lock-out chip to hopefully stop the non-loading problem in the future.

Well that was a while ago now and listening to the Retro Beats podcast re-ignited my want to play some of the games I never got to as a kid. So onto ebay I went and managed to get Duck Tales, cartridge only, for £5 + postage which is a steal I think! :D

Here it is on top of my tiny NES collection which was all given to me by my mate. 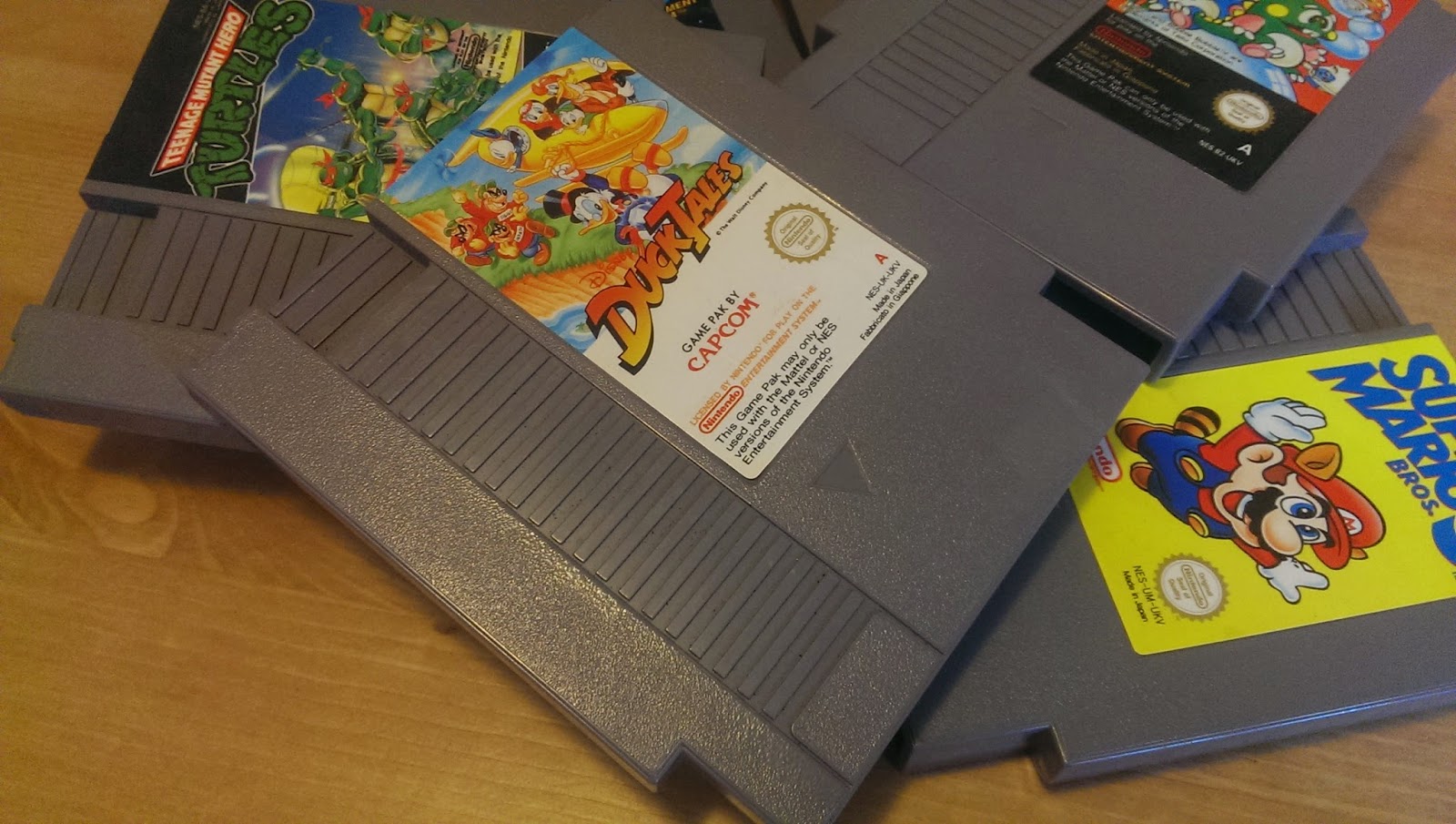 It arrived a day early and I excitedly plugged it into my NES and turned it on....and Grey Screen!!! I blew on the cart and in the NES (Old skool fix haha) and re-seated the cart a few times but no joy. Darn it! It was knackered again.

So last night I set about taking the console apart again to clean the connectors, again, and re-seat everything.

While I was at it I decided to give everything a good clean so with my contact cleaning spray. So the motherboard is all nice and clean now and not sticky anymore from flux residue etc. I put it all back together and excitedly tried the console again but still grey screen! :,-(

Out of curiosity I un-pressed / clicked the cartridge from its locked in position and tried the power again and low and behold the game loaded up!! I turned the console off and clicked the game in place again and it Grey Screened! Weird! I tried it with my Mario 3 cartridge and again it worked in the pre-load position but Grey screened in the clicked position. I must have a dodgy new ebay connector. Doesn't matter though as it works in the pre-load position and I've managed to play through 2 levels on Duck Tales so far and its awesome!! And incredibly hard (compared to new games) but it's a really nice challenge. And Im into that kind of difficulty at the mo with trying to beat R-Type on the PC Engine, which is still elluding me haha. 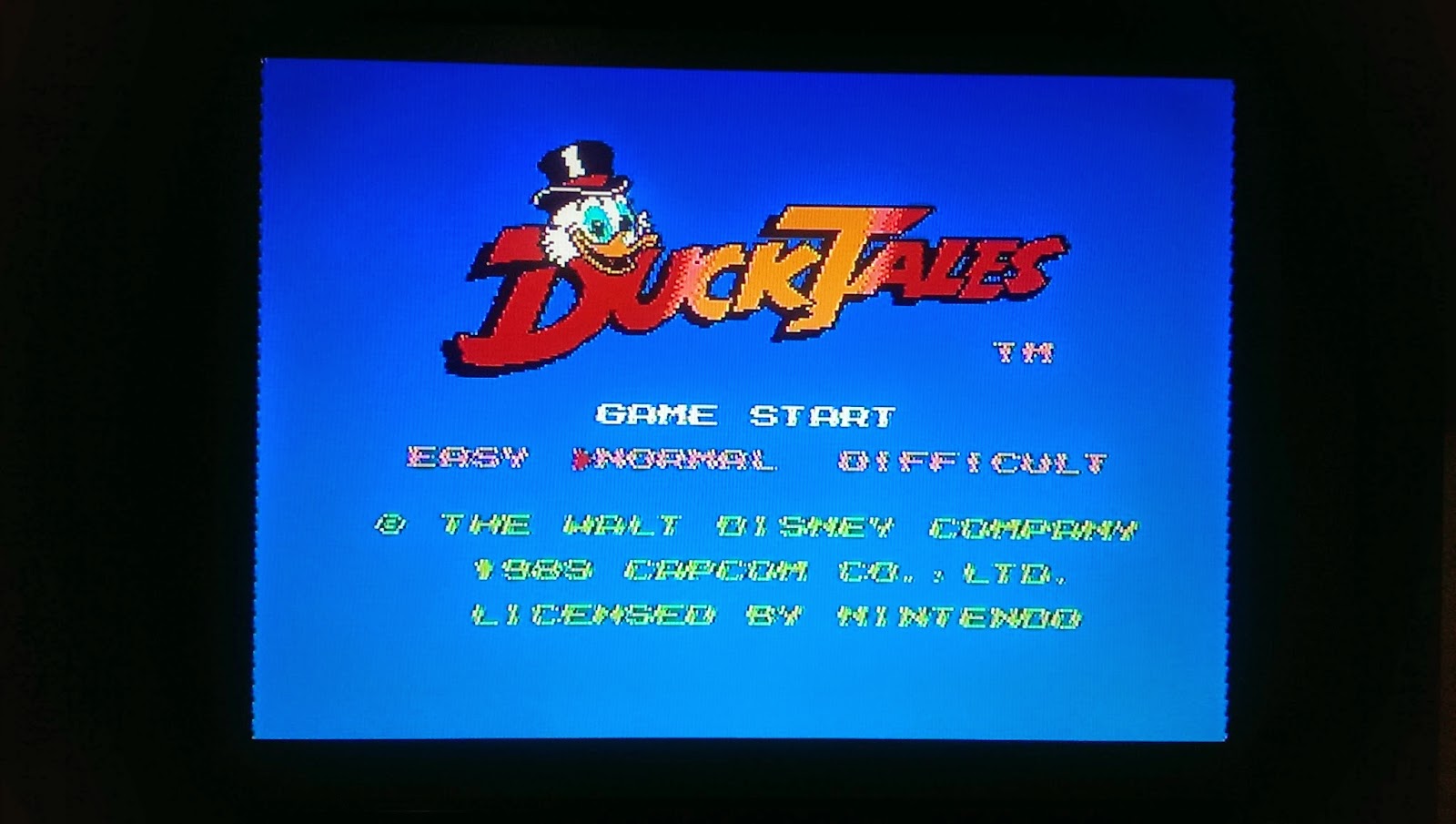 So yeah, Im into this NES malarky at the minute and really loving it! I can't wait to see the other bosses on the levels I've not beaten yet on Duck Tales. And man is that music good!!!! The moon level is amazing but really all the music I've heard so far kicks ass!! 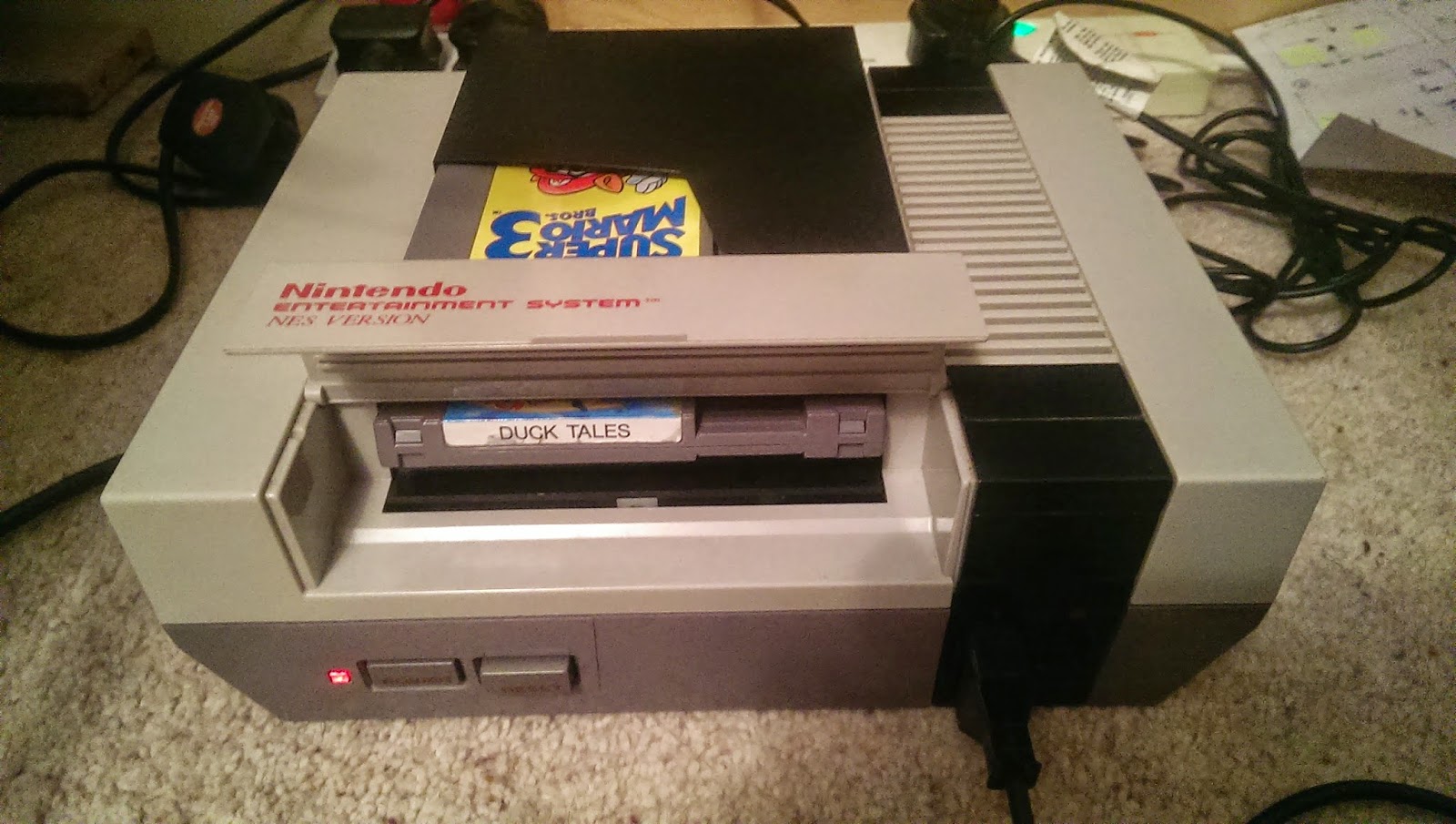 So there you go. If your NES is Grey Screening and not loading any games give the pre-load position as I call it a go. It might be the thing that works as we are always programmed to click the game down in the NES to then play. It certainly works for me :D

Duck Tales Do Do Do!