Wow another post in the same week! This is fairly uncommon for me haha. Well I wasn't planning on putting up another post so soon but I managed to spot a bit of a deal, well I think it is anyway, on gumtree this week.

I've been playing some Legend of Zelda Link to the past advance on my DS when I've had a spare half an hour in the last few weeks. But I went to play it at the start of the week and I found out my game save had corrupted or the battery had burped on the cartridge and all of my game had gone! I was so far through the game too! I was a little distraught haha.

So It got me thinking that I wanted to start playing my Gameboy Legend of Zelda Links awakening now that my DS game has now reset.

Well if you've seen my older post about getting Links Awakening with Metroid 2 you'll have seen that I've been using a Gameboy Advance SP to play my Gameboy games. Well this is actually my sisters Gameboy that she's been lending to me so I could scratch that oldschool Gameboy itch. Its been playing on my mind to give her the SP back at some point and to actively look up a cheap original Gameboy. I never had a DMG, pocket or color when I was a kid. I had a Game Gear :-P But I've always wanted to have a Gameboy so I don't feel like I've missed out haha.

I did a random search on gumtree for a Gameboy in my local area on tuesday and one showed up! £20 for a Yellow Gameboy DMG Play it Loud! in a carry case with 6 games! And it was less than 3 miles from my work. After work that day I enquired about the quality of the Gameboy and if it was still available and next night I went round and picked it up.

I think this is a deal because the DMG's are generally £15-£20 on ebay on there own and I got 6 games and a Nintendo carry case that fits the gameboy perfectly for the £20. 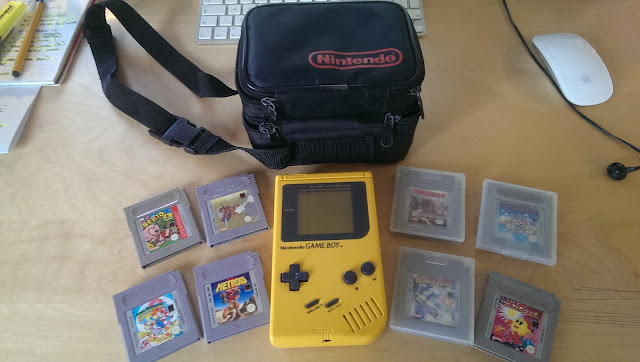 And here it is! :D The games that came with it are : BC Kid (bonk), Super Mario Land, Super Mario Land 2 : 6 Golden coins (which I already had but with a damaged label),  Alleyway, Ms Pacman, and Foreman for Real.

They all fit in the carry case as well as the Gameboy so I can have my games really on the go now. Its pretty much going to live in my rucksac. 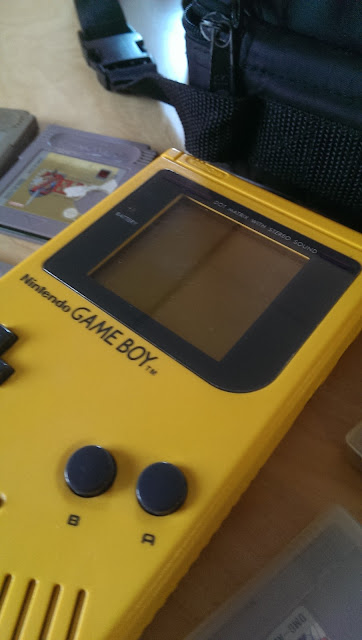 The Gameboy itself is in perfect condition as well! It's a pretty common yellow Play it Loud! version which I quite like the look of to be honest. I wasn't sure when I first saw the gumtree advert but in real life its pretty cool!

There are little to no scratches on the screen which is insane for its age! The sound is spot on, with no speaker crackle and it has its battery cover which I've seen is a little unusual. Everyone seem's to either lose or break the covers so they are missing.

There is a little wear on the start button text but that's it.

The screen display itself seems really good but I must admit Im a little disappointed with how hard it is to see the screen in most lights. You really have to angle it just right so you can see the game in a way that you can make out whats going on. Its quite similar to the Neo Geo Pocket Color except the NGPC is easier to see as its newer I guess.

Im really considering getting a backlight kit from a UK gameboy mods website and having a go at making it a lot easier to play. I'll have to watch some tutorials to see if its as hard / scary as I've heard.

Seen's I've finally gotten an original Gameboy I don't want to break it, especially seen's its such a good example of one. 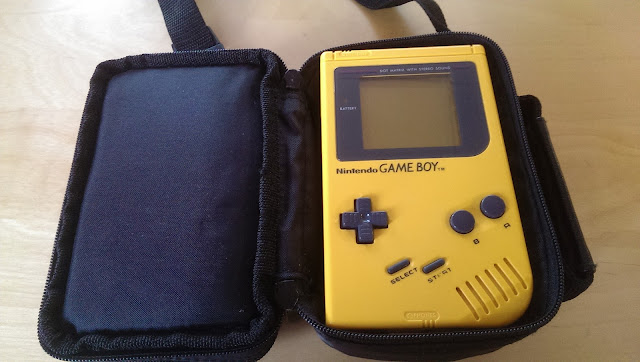 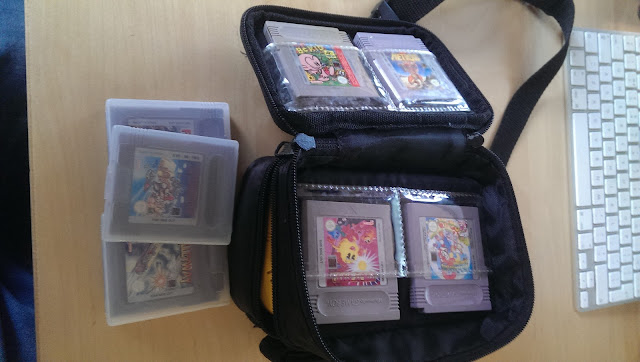 I love a show on Youtube called The Game Chasers and I must admit I generally get a bit jealous with how many good deals they get in their shows. And finally I feel that I've managed to get one myself. :-)

The lesson of the day, check gumtree in your local area and if your lucky you may stumble across some really nice retro items. It never normally happens to me so it shows they are out there.

And with Revival Winter Warmer coming up in 2 weeks I think I'll be looking at the stalls to see if there are any classic Gameboy games I can snag for a good price.