Well, I was expecting to update this blog a bit sooner than a 5 month gap! wow! How the time and last year has flown by for me. I guess that's what having a little boy brings you. My time has certainly gone into basically playing with him when I get home.

But I have when I've had a little bit of time working on making an area in the garden for electronic tinkering and making things hobby and DIY. At the start of summer 2016 I started designing and making a bartop arcade machine. I'd been seeing a lot of them on the forums I frequent and I really wanted to have a go at making one. But rather than just buying a pre-cut kit I wanted to use the opportunity to teach myself wood working and really try to get my crappy wood work skills up a few notches! I've always been really bad at working with wood haha. But I've always been so impressed with what people can make. 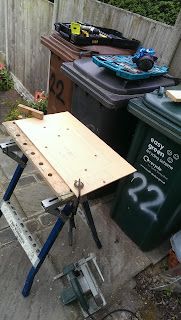 So I started the design and when I was happy with that I got out on the tiny front little patio we have and got some of the power tools I inherited from my Father out and some MDF from my local DIY shop. And when I got a half-day friday from work or an hour here or there I'd get a little bit of work done to the project. The one main issue I was having, other than my slow learning curve was that I would spend a massive chunk of my time setting everything up on the patio and then packing it all away again into our front shed. So I wouldn't get as much done as I'd hope. And also I didn't want my wife and boy around all the MDF dust that was being generated as it's certainly no good for you. I have a nice mask I use to save my lungs!

On the way home from seeing some friends halfway through the summer season my wife mentioned the idea of getting another shed, probably from somewhere like Gumtree and turning it into a workshop. She'd noticed that I was spending ages with all the setup and pack down and that sometimes I got rained off which was always a little bit of a bummer. And even more of a surprise she found a shed locally that had just been put up on the site for a staggering £20! It was a small shed but we only have a small garden so it should be perfect. I phoned the guy up and we picked it up in the evening that week. It was hairy getting it home on top of the van we borrowed but it got home safe and sound and we then set about at the weekends repairing all of the old rotted wall, roof and floor panels. Which there were a lot of!! 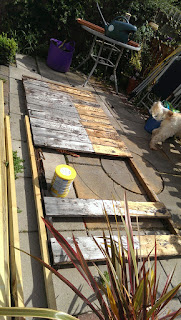 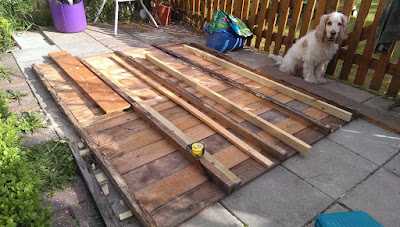 Eventually we got all the parts repaired and excitedly started building the shed in the now cleared location at the bottom of the garden and we ran into a few hick-ups. The first being that the floor didn't fit the sides at all!! It was from a different shed! So with a bit of thinning and then extending the floor it fit. How annoying. So onto the roof. Well the roof didn't fit either! So we modded that to make it fit too. For £20 we appeared to have bought a floor from one shed, walls from another and the roof panels from another! 3 SHEDS haha!! But it all sits nicely now and the progress of moving it from a garden shed towards a workshop has really gotten going now. 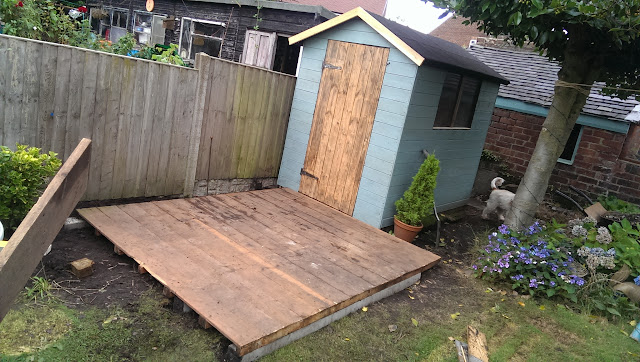 I've build a small workbench and bandsaw stand from 2 old bed frames that my neighbour and brother were throwing out. And just have some shelves to make now to fit all the other bits and bobs of tools and I'll be carrying on with the Bartop project. As well as making a bath shelf to house all of my son's bath toys and an under stairs toy box.

So that's really what's been keeping me busy of the last half of a year. It's been quite exciting as I'm learning new things all the time and the Workshop is going to open up a few more opportunities for projects etc.

I did go to Revival this year too and took a load of photos which I'll just post below. It was a brilliant day!! I loved the talks I sat in on that Retro Asylum hosted and played as many games on as many machines as I could. It was so good! I fell in love with Defender as well. I'd only ever played the home version, possibly on my Atari 2600, I can't quite remember. But the arcade game, WOW! So cool! I saw some podcast celebrates around the show as well. Shaun and Vic from the Ten Pence Arcade Podcast. I was a little too scared to go and chat with them though, I can never think of things to say. And I also saw and spoke to Alex Crowley who was an original host of Ten Pence. He'd taken some of his arcade cabs to the show and I had a good go on them. The Sheriff upright cocktail being my favourite although I did really enjoy Space Launcher too! Both simple games but so playable and addictive!

Here are a few photos of the day : 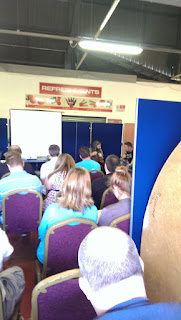 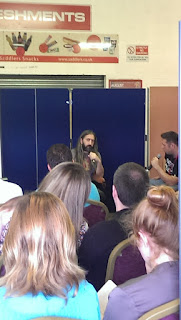 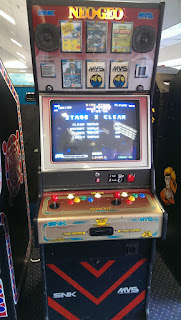 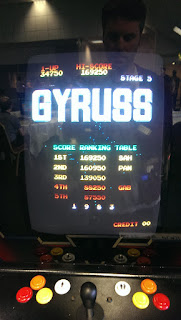 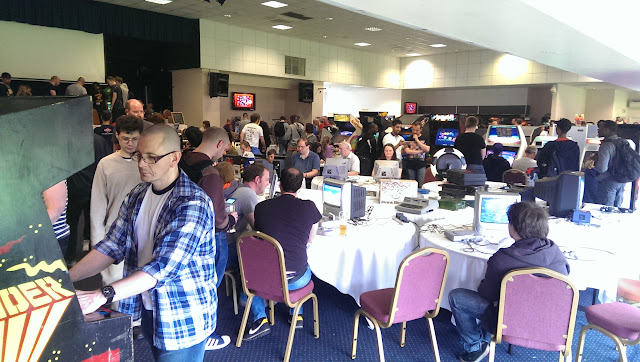 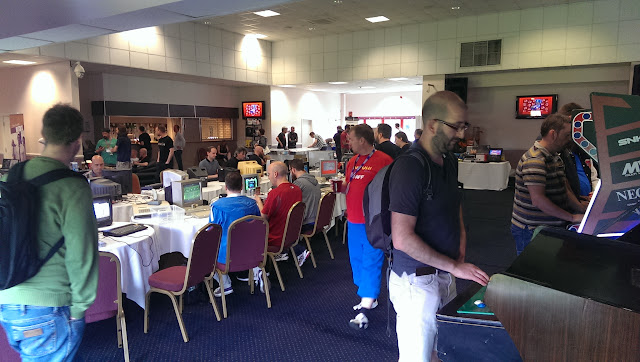 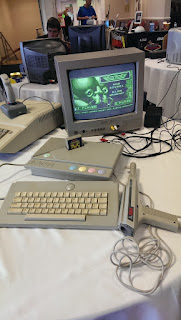 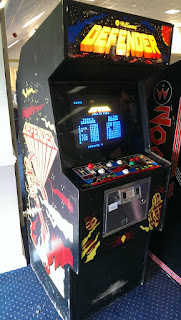 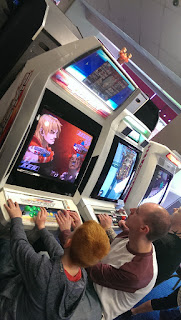 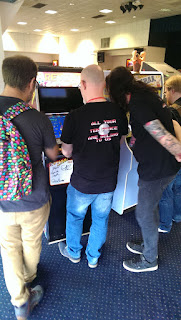 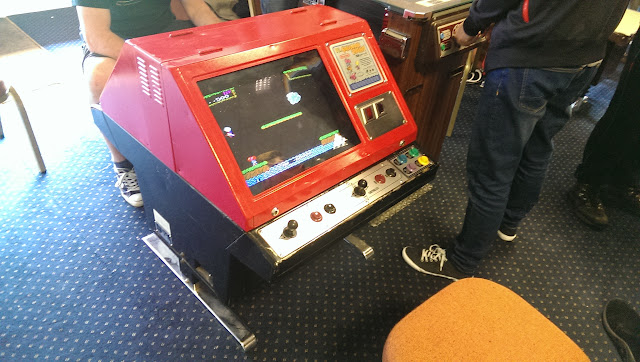 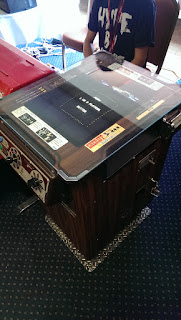 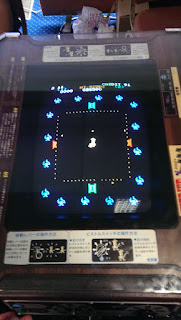 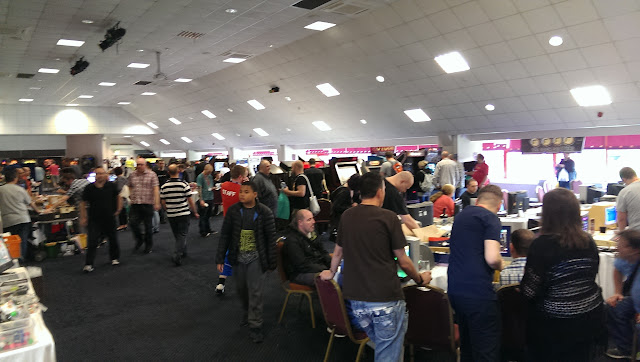 Again, I absolutely loved the day and can't wait for the Revival event that will hopefully happen this year! And hopefully it's close by as well so I can go.

So that's a basic catch-up to my blog of things that have been happening this year. Projects have slowed down but they are always floating around in my head and just waiting for the time to strike haha!

Have a good new year folks!