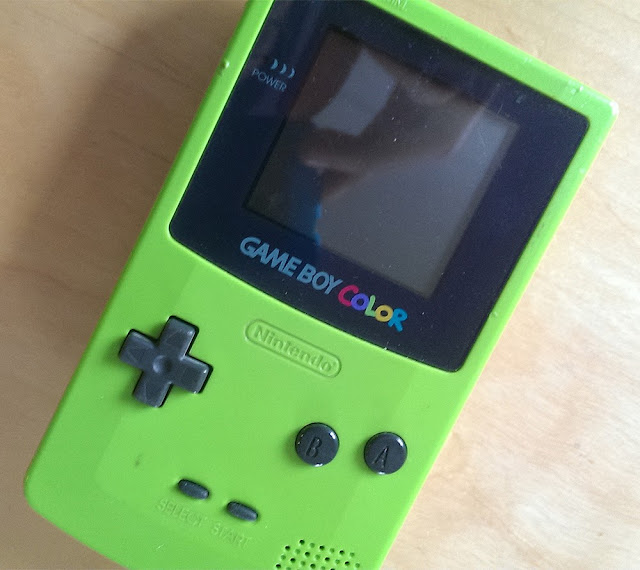 So again it's been a while since I posted anything up on my Blog. The past few months have flown by and I've just bit-d and bob-d about with projects but haven't really got any finished during the time. It's a shame but I'm still super excited about retro gaming projects and still have several lined up. One major one I need to get to is changing the battery on my CPS2 all-in-one Marvel Vs Capcom board. The battery is pretty old on it and I need to grow the nerve up to change it. Apparently they work differently to normal CPS2 boards and you have to change it while the game is on and playing!! If theres no power and the battery gets taken out it dumps the encryption keys and thats it, you need to get it phoenixed! And I don't want that at all!

Anyway, what's the story with me getting another Gameboy!??! Well it was a bit random really, I'd been into my companies (where I work, I don't own it haha) RnD department on the scrounge for some AA's to run my DMG Gameboy and told them why I wanted them. They very kindly gave me some retro fuel cells for the Gameboy and then a few days later one of the guys from there came over to my desk and gave me his old Gameboy Color! For Free!!! Woo! It's been sitting in his loft and when he saw I was interested in playing them he thought someone should play it and just bought it in. Man I was stoked! And green is my favourite colour so its even better! It came with Star Wars pod racing in it which I haven't tried and Brain Training for Nintendo DS (Which I have been using to get my maths skills better than the crappy Graphic Designer stage they are at now haha).

The Gameboy isn't in mint condition or anything, it's been played and Im more than happy with that. The screen is scratched slightly but you don't see them when the game is on. Oh and the battery cover was missing. I don't understand how so many Gameboys have no battery covers?! Do the clips break on them or do kids just not put them back on when changing the batteries and they disappear? Anyway, I dropped £3.99 on amazon and got a repro cover and its now complete. :-) 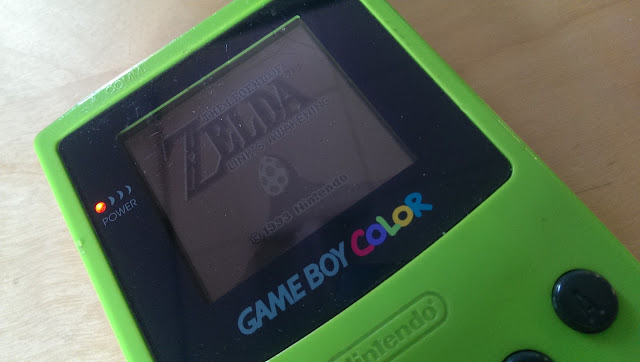 And I've started working my way through Zelda : Links Awakening. It's really good so far and I've just entered the second dungeon ; Bottle Grotto. I've got a lot of game to play but It's very much a game I can pick away at I think. Also Im very impressed with the screen on the Gameboy Color. I didn't think the viewing angles etc would be improved over the DMG but it really is a step up! It's a lot easier to see in normal daylight. When it gets dark etc the game gets switched into the backlight DMG ;-)

Oh also, I got this game with some of my birthday money and I've started the trek into Dark Souls 2 on PS3. I've heard that it is a solid game and I've not really been interested in it for years, but I watched a Giant Bomb quick look on Dark Souls 3 and they completely hooked me. It actually looked really fun and the style, graphics and gameplay looked really good! So I dropped £6 and picked it up. Well, It IS FOOKING SOLID!! haha. I've played a few hours of it and Im totally stuck already. Its not a hand holder at all which is really interesting and Im determined to get further, it has definatly hooked me! 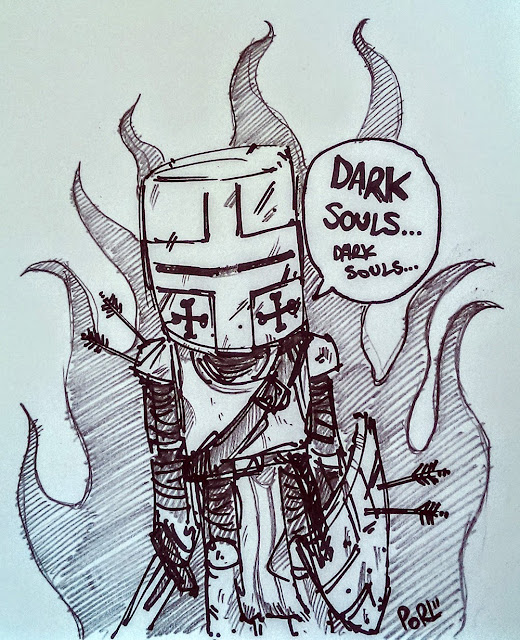 I've looked up a tutorial and I was heading into an area I'm no way near strong enough to go through yet which has been why I've died, and died and died etc etc etc over and over again :-P

Oh and I also have Metal Gear Solid V : The Phantom Pain to play through. Im super into MGS and Im really looking forward to getting some play time in on it, I think Dark Souls 2 needs to be done first though...we'll see.

So I thought I would drop an update and I need to get more projects finished.

Hopefully I'll have some actual finished stuff to show soon.