Well my last post was about my lucky haul of CPS-2 games and A-board and for this hopefully quick post I thought I would write about the CPS-1 game I have. One I was really excited to make a trade for!

When I was a kid there was an arcade just on the outskirts of the center of my town in Burton in a side room of a newsagents. Well this Newsagents had 2 side rooms, the front smaller room was rented by a guy who ran it as a computer games shop and it had ace Ocean and US Gold posters in the window and was where I excitedly bought Street Fighter 2 on the Commodore 64 which was ultimately a disappointment, but that's another story.

The Second side room was still rather small but on all three walls, kind of arranged in a horse-shoe shape were about 6-8 arcade machines. All 10 - 20p a credit and the games were regularly updated every month or so. 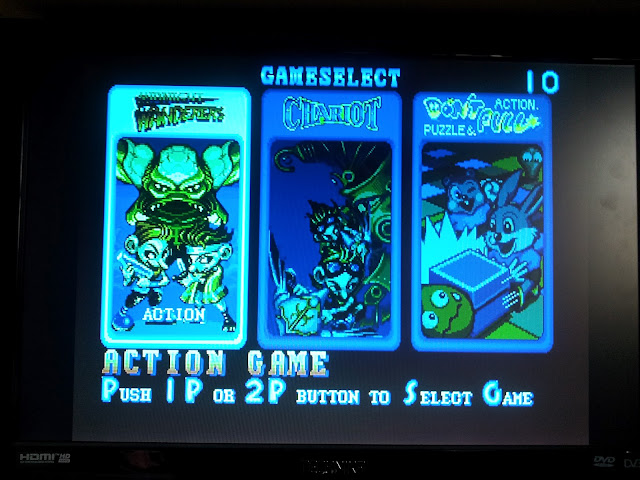 Well one month this wonderful Capcom 3 in 1 game turned up in one of the machines. A really cool platform shooter called "Midnight Wanderers - Quest for the chariot". The artwork grabbed me straight away. I loved the characters and the graphical style! And I remember it being rather hard! 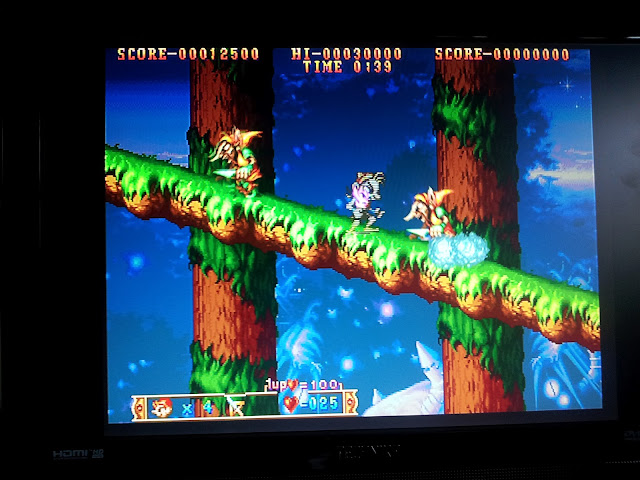 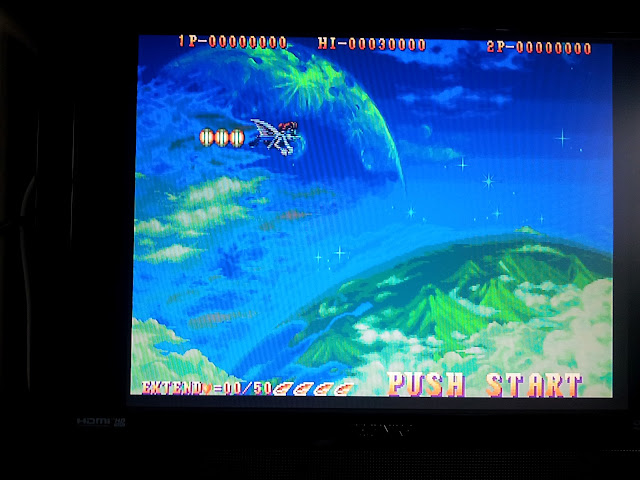 And the third game which I never played, which was a shame because I have now found out its a very cute and fun puzzle game called "Don't Pull". You play as a cute little animal, a rabbit and a squirrel I think it is running around a level with a similar look to bomber man and you push the blocks around to squash the enemies and to find bonuses. 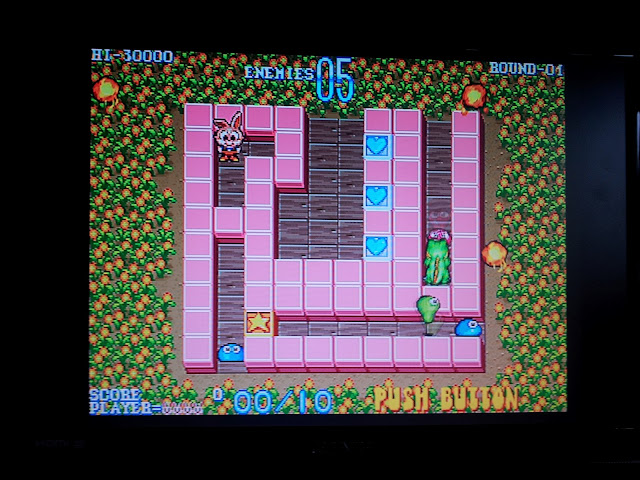 So, CPS-1....whats that mean then? Well the CPS-1 stands for Capcom Play System-1 and was Capcoms way of moving away from creating a dedicated game board. Where they have to manufacture 1 be-spoke board design per game. The CPS-1 was a way of making a board that was more like a console in a way. You have several parts to the game PCB, A, B and C boards. And changing the B and C boards (with the appropriate ROM chips) you can play different games. This I'm sure saves on manufacturing costs on producing the PCB's. Also the CPS-1 is JAMMA standard so you don't need anything special with it, just plug in your JAMMA connector and your away. That is unless your playing Street Figher 2 :-P where you'd need the kick harness to get all the 3 strengths of kick working.

So if your CPS-1 board stops working you can sometimes repair them by replacing the different boards. Also, you can change the game by flashing different ROM info from Mame onto the chips and play say Final Fight or something like that on the 1 CPS-1 setup. But I'm sure that's a bit of a pain in the bum to do all the time.

Anyway, I had a Sega Rally Model 2a complete board (in cage) but couldn't do anything with it because Model 2a doesn't run on Supergun's. Well, its a big job to get them to work apparently and then I read that you need a certain frequency monitor for it to run, and obviously steering wheel, gear changer and pedals. Something I'm not going to get any use off.

I'm on a great arcade forum called Arcade Otaku and I got chatting to a dude about half an hour away from where I live who has a Sega Rally machine that he was willing to test my game out on. So I knew it worked, and if it worked and I was interested wether I would trade it for his 3 Wonders CPS-1 game. Well I jumped at the chance to have a nose at someone elses arcade collection and man was I impressed!!

Once I saw the CPS-1 board and how blumin clean it was I snapped his hand of to trade for it. Its the cleanest looking PCB I've ever seen and couldn't wait to get home to play it on my Supergun (after I had a quick go on it on the guys Capcom Cute cab). 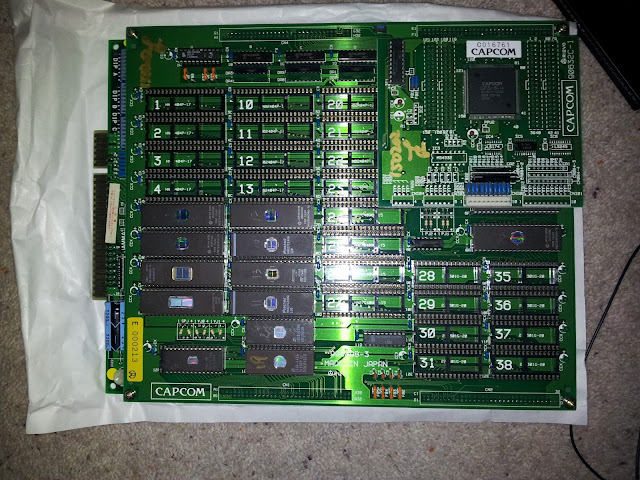 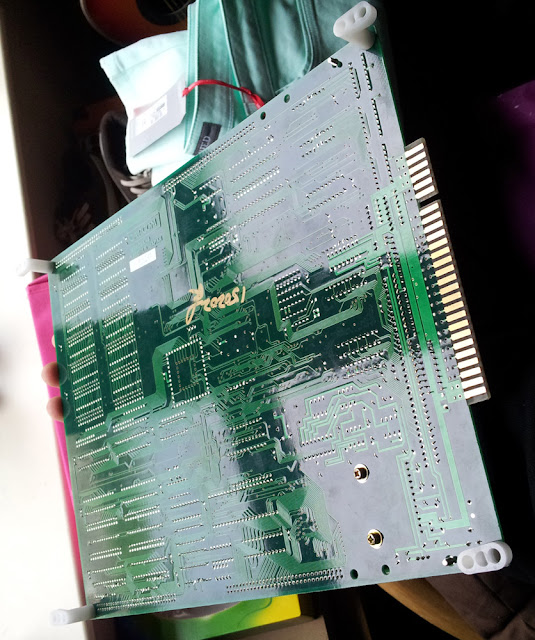 Does it still grab me like it did when I was a kid? Yep it sure does! The art style is still fantastic and it's still rock solid! I've since completed all 3 games but I needed to add credit after credit to do it! And without my girlfriend being player 2 on Don't Pull I don't think I would have completed that! haha.

Next is to challenge myself to complete the games on a limited amount of credits. I think it will be 5 credits a go. Take it back to when I had limited credits due to pocket money rather than eliminating the challenge by constantly pressing the credit button on the Supergun. :-P