FINISHING UP SOME PROJECTS - SEGA

After having a really relaxing weeks holiday in Barmouth, Wales with my girlfriend and our new pup, Hugo. He's only 15 weeks old and was his first trip to the beach. Absolutely loved it!

Well now we're home its time to get finishing up some of my projects that have been lieing around in their 99% completed stages. The first quick finishing projects to do were my Overclocked Megadrive 1 and Megadrive 2. They were awaiting some new SPST switches to be fixed into the casing so they can be all screwed together and popped on my shelf.

I started about the overclocked Sega Megadrive 2. I needed to change the switches I'd put on it to test it all out with my new switches from Rapid Online. I couldn't get hold of any SPST (Single Pole single throw) switches so got hold of 10x Double Pole Double Throw switches as they can be used for a little more in the case of modding.

First things first was extending the language and 50/60mhz mod wires to give them some slack and allow the case to be fully opened. And again I needed to add 2cm into the overclock wires so the switch can be mounted in the case.

a tip : when hot glueing switches into cases make sure you don't get any on your fingertips! I got a small blob on the end of my right index finger and it latched on there and really burned me. Got a nice painful blister right on the end of my finger now haha.

A added some more hot glue to hold the mod wires into place to limit the amount of pull damaged that can happen sometimes if the wires get accidentally tugged.

To mount the 2 colour LED in place you will need to cut down the light block that inside the case. I used a grinding wheel on my rotary tool to get the right shape so that the LED would fit under the clear plastic and the case would close. 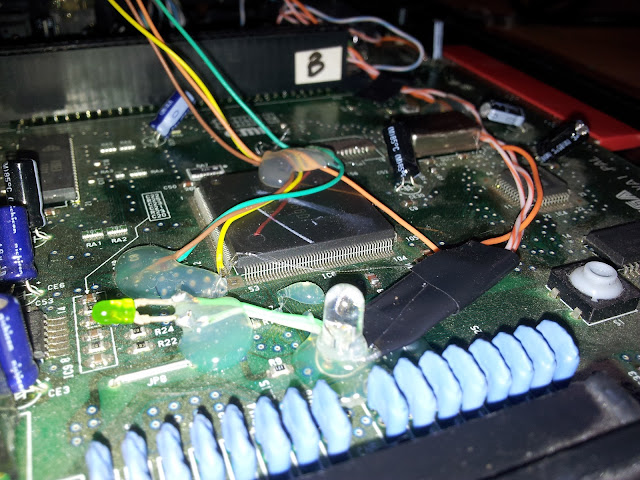 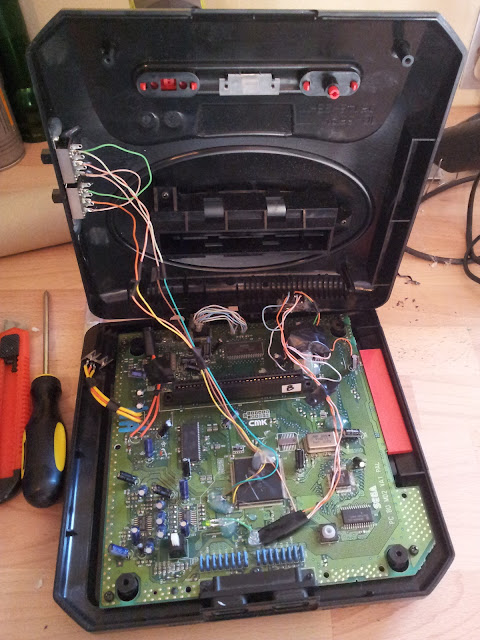 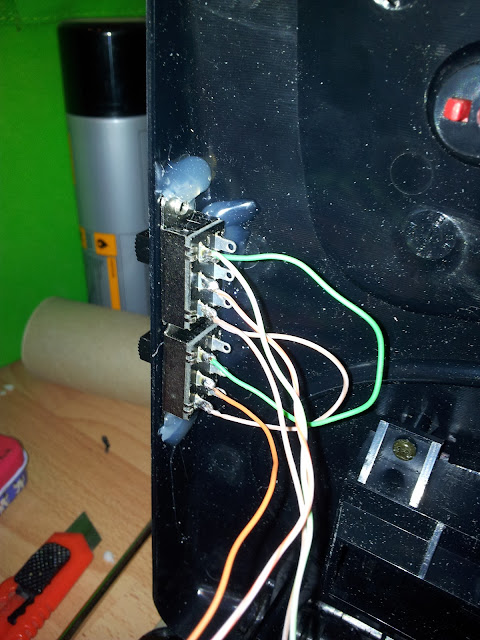 I added in the same DPDT switches into the Megadrive 1 and finished that up too.

Next will be either finishing up the latest smoothing on the Neptune case (I'm trying to get hold of a 32x at the minute), starting to make a Jamma Drive from a spare Megadrive or carrying on with my second Supergun.

If I can find the right DIN plug I will make an RGB scart cable to HD the Model 2's video signal :-P

I've also been wanting to change my logo on the website so created a new one and uploaded it. The landscape logo fits the page a lot nicer so I'm happy about that.

Hope to update with some more project work soon.