GETTING USE OUT OF THE OL' PSP 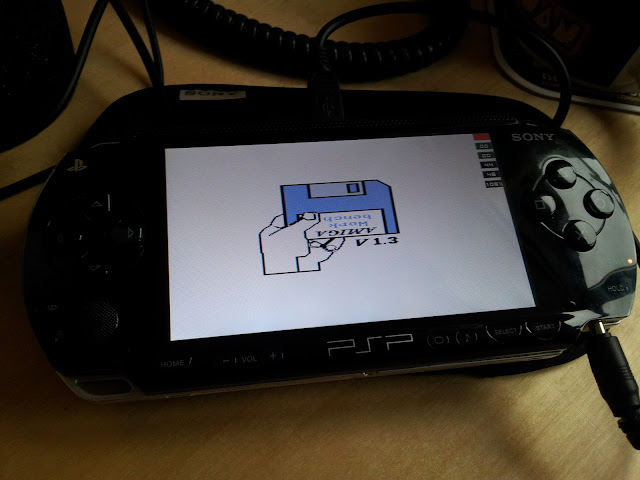 This post goes a little bit off the retro console track but more along the emulation route this time. A short-time ago I was looking eagerly at the new Neo-Geo X portable console thats coming out this christmas. It looks like quite a nice little handheld and I like the look of the AES style base and fullsize joystick. Unfortunetly the plastic doesn't look as good quality as used in the original AES. And I would ultimately love to have an AES over everything else still..haha....im still a geeky 12 year old in my head .

Anyway what the Neo-Geo X made me do was dig out my old PSP again. Mainly because I read that essentially the NG:X is emulating the games, so I thought why bother when I already have one of the nicest looking portables (in my opinion, it still looks stunning) that used to be able to play emulators.

I originally imported my PSP from japan so that I got the version that could be easily hackable to play 'homebrew' and emulators. And after playing through Vampire Saviour a load of times I got the eboots of the interwebs and got a load of emulators on it. Man that was brilliant! Having PC Engine, Neo Geo and Mega drive games on the go with a crispy glossy screen was great!

Unfortunetly for me I got Metal Gear solid for the PSP and you needed to update the firmware to play it. At that time, every firmware that came out they generally hacked it to bits within the first week so I though "what the hell!! I'll update and play this and in a week I'll have the emulators back! woop"......wrong!!! That was the firmware that caused a real problem and the soft-hacks no longer worked and they eventually found out you needed to use a Pandora battery to get the custom firmwares installed. I wasn't going to buy a new battery for my PSP so I had to stick to buying proper games and then It basically started gathering dust on the shelf.

Fast forward to a month ago and a curious google search. WHAT?! you can eboot the PSP again and play your emulators again on it!?!?! oh yes!! :-D

What I found was someone has made an eboot hack the same as the old way to do it called HEN or Half-Byte Loader. You basically upgrade your firmware to a more up to date version and then you get Half-Byte Loader from wololo.net

You pop that into your PSP folder and your away!!! Occassionaly it doesn't load or crashes but if you get the trick to loading it your fine.

I couldn't be happier again!!! I've got Cave Story PSP and finally working my way through the game as I got stuck on the PC version a few years ago. Its an awesome game and works perfectly on the portable. 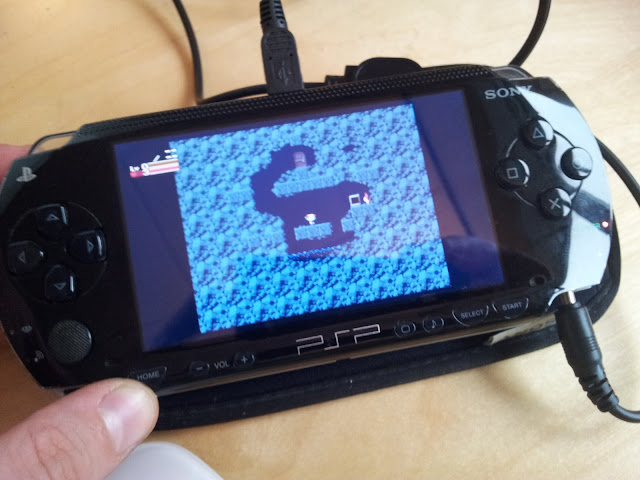 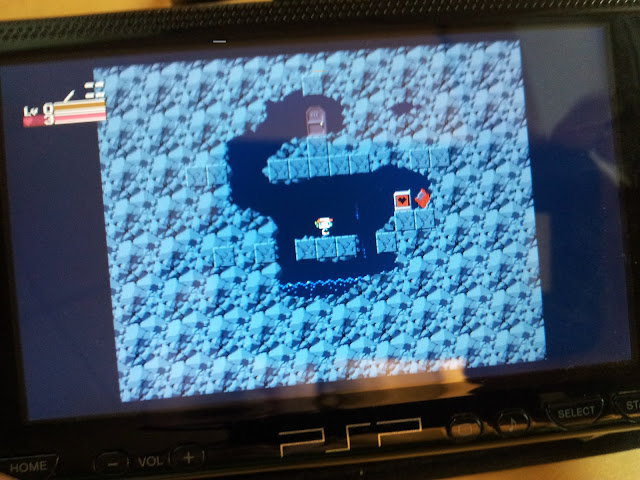 I finally got an Amiga emulator to work as well which has always flumaxed me in the past so I can play the games I used to own when I was at school. Complete nostalgia kick and has got me chatting some old school friends about the sundays where we used to have full on game days! :-D 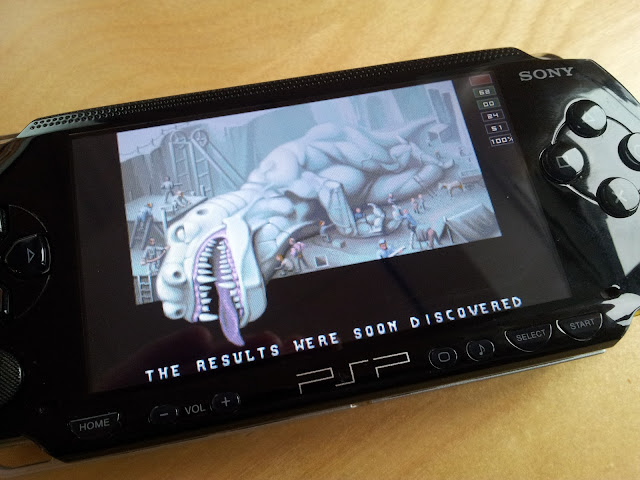 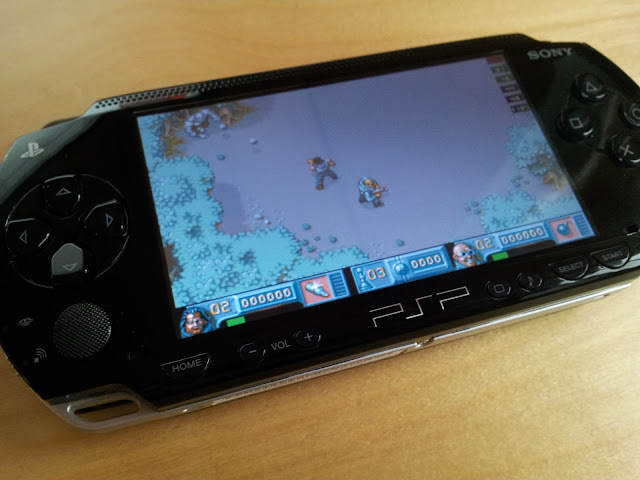 And thankfully SCUMM still works so I can pick away at finally getting through Beneath a Steel Sky and The Dig. 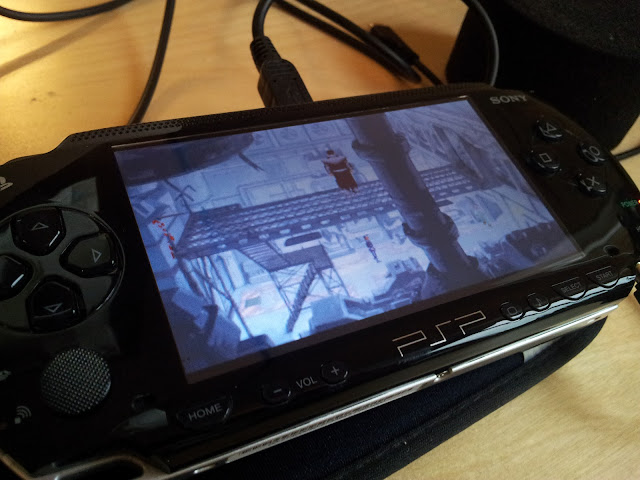 So yeah, if you have a PSP that's gathering dust on your shelf, which to be honest is a real shame for such a good looking and playable console get the HBL on it and get some retro goodness on the go!!

Catch you later for hopefully a post on making a Jamma-Megadrive 2 which I'm in the process of doing. But I'm getting some issues with the RGB out at the minute which is causing some head scratching.

Porl''
Posted by Porlzilla at 9:16 am
Email ThisBlogThis!Share to TwitterShare to FacebookShare to Pinterest
Labels: emulators, half byte loader, homebrew, psp, retro